The Georgia Senate convened on January 9, 2023 for the first time this year, marking the beginning of the First Session of the 157th Georgia General Assembly. The first day of a new biennium often brings many changes, but this year we have seen a historic number of them. The Georgia Constitution requires that the Georgia General Assembly convene on the second Monday in January and is limited to a term made up of 40 non-consecutive legislative days. The first week of session typically encompasses ceremonial motions as a number of new leaders were sworn into office including Lt. Governor Burt Jones, President Pro Tempore Sen. John F. Kennedy (R – Macon) and 10 incoming freshman Senators. I anticipate that this session will be a historic one with new leaders and new faces in the Senate Chamber and I look forward to this great opportunity to forge new partnerships and build on the work of our predecessors to continue to grow our state.

Last week kicked off with our #1 Georgia Bulldogs bringing home the title of College Football National Champions for the second year in a row. Congratulations to Head Coach Kirby Smart and the team! On Thursday, the official Inauguration of Georgia’s 83rd Governor, Brian P. Kemp and our state’s Constitutional Officers took place at Georgia State University. I am proud to see Governor Kemp remain in office so that we can continue to do the essential work needed to uphold our standard as the number one state in the nation to do business and to live, work, and raise a family. In a few weeks, Governor Kemp will deliver his "State of the State" address to a joint session of the General Assembly. Governor Kemp has been a strong and resilient leader in the face of unprecedented times, and we worked alongside him to bring raises to teachers, support law enforcement, bring more jobs to Georgia, and put money back into the pockets of the taxpayers in this state.

Also this week, the Committee on Assignments completed standing committee assignments, and have announced several chairman changes. I am honored to have been reinstated to serve as Chairman of the Senate Committee on Judiciary. I want to thank Lt. Governor Burt Jones and the members of the Senate Committee on Assignments for continuing to place their trust in me to serve in this capacity. I look forward to working with all senators, staff and others in the General Assembly to continue to advance our state.

On the immediate horizon, the Senate and House will be conducting joint budget hearings for the duration of next week. In the meantime, please do not hesitate to reach out to my office if there is anything we can do for you. Again, I am humbled to serve Senate District 17, and I look forward to assisting each of you this upcoming year.

Senate Resolution  1
Senate Resolution 1, sponsored by Sen. Steve Gooch (R - Dahlonega), notifies the Georgia House of Representatives that the Georgia Senate has convened for the 2023 Legislative Session. SR 1 was unanimously adopted without objection and was immediately transmitted to the House. - SR 1

Senate Resolution 2
Senate Resolution 2, sponsored by Sen. Steve Gooch (R - Dahlonega), notifies the Governor that the General Assembly has convened for the 2023 Legislative Session. SR 2 was unanimously adopted without objection and was immediately transmitted to the House. - SR 2

Senate Resolution 3
Senate Resolution 3, sponsored by Sen. Steve Gooch (R - Dahlonega) outlines the Rules of the Senate; includes amendments that solidify the duties of the Lt. Governor, per the Georgia Constitution; limits the President Pro Tempore's term if he/she publicly announces an intention to run for higher office; increases the number of seats chosen by the majority and minority whips for deputy whips; removes the Senate Committee on Special Judiciary and adds the Senate Committee on Children and Families. On Legislative Day 1, SR 3 failed with a vote of 28-23 . Motion to reconsider passed with a vote of 31 to 20. Motion to table passed with a vote of 45 to 6. SR 3 was placed on the table. On Legislative Day 2, SR 3 was removed from the table and passed with a vote of 31 to 21. - SR 3

Senate Resolution 4
Senate Resolution 4, sponsored by Sen. Steve Gooch (R - Dahlonega) outlines provisions relative to officials, employees, and committees in the Senate during the 2023-2024 biennium of the Georgia General Assembly. SR 4 passed with a vote of 51 to 0 and was immediately transmitted to the House. - SR 4

Senate Resolution 6
Senate Resolution 6, sponsored by Sen. Steve Gooch (R - Dahlonega) serves as the Adjournment Resolution for the 2023 Legislative Session. SR 6 passed with a vote of 51 to 0 and was immediately transmitted to the House. - SR 6 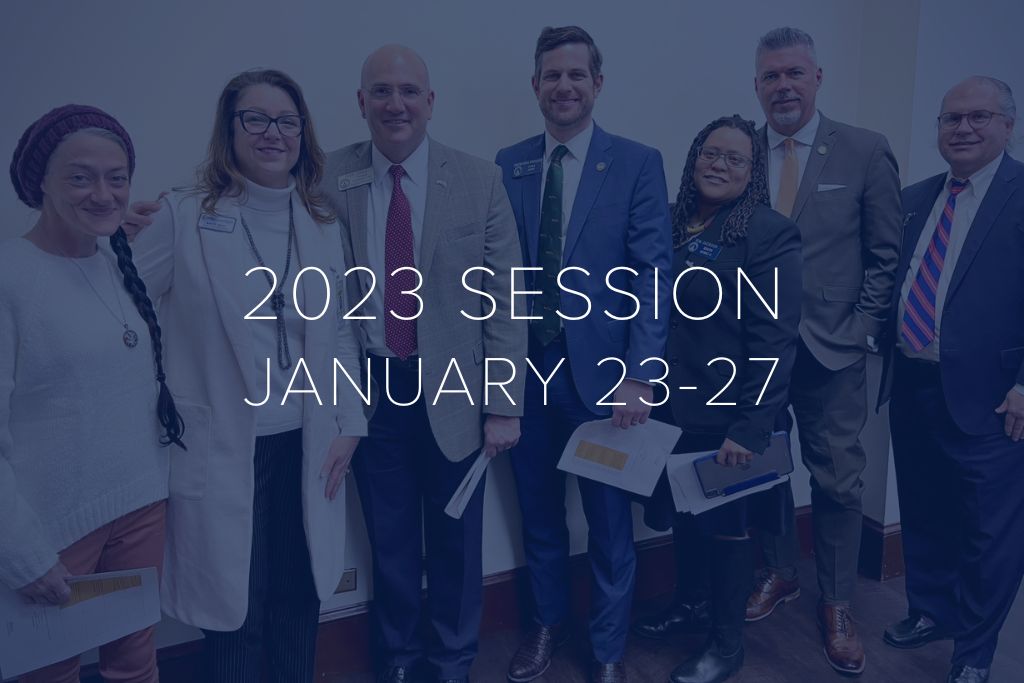 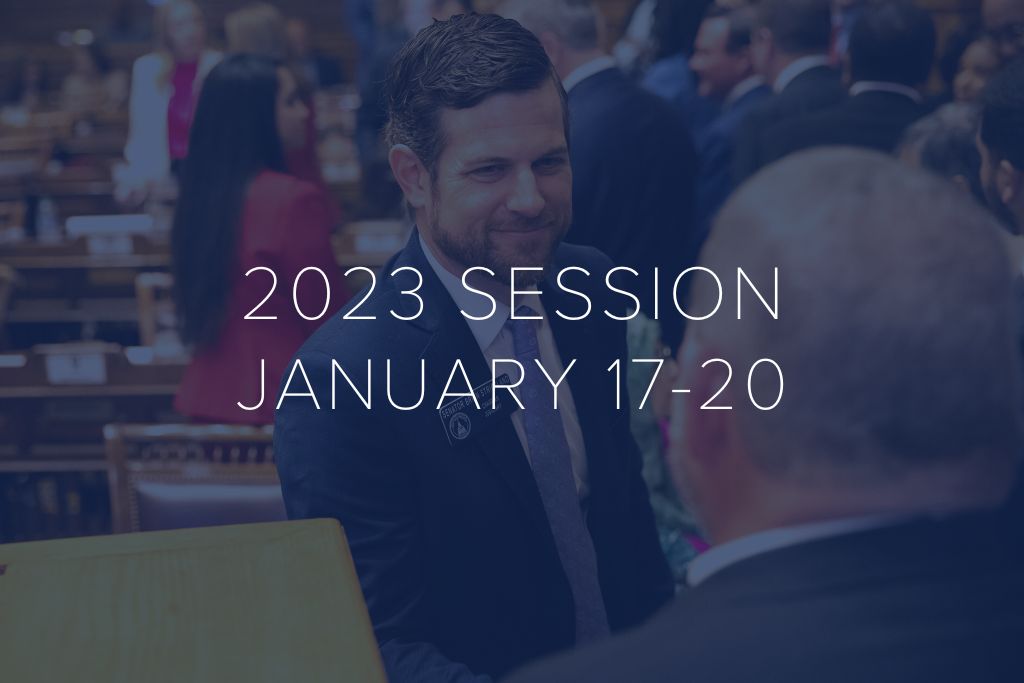 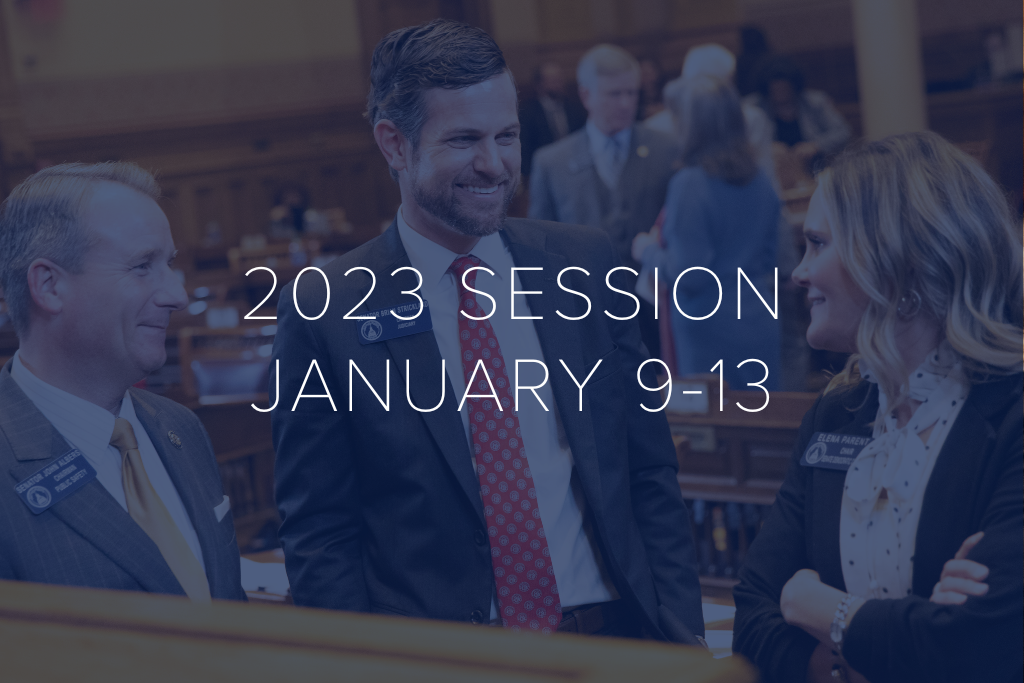 In 2023 the Georgia State Senate District 17 will encompass parts of Walton, Newton, Henry, and Morgan with over 150,000 registered voters. Brian Strickland entered his third full term in the Georgia Senate in 2021. Brian, his wife Lindsay, and their two children reside in McDonough, GA. Through Brian’s leadership position at the capitol where he fights for District 17, and all of Georgia, he has impacted Georgia for the better through various executed actions.  Not only did Brian support the First Responder bill which aids police, firefighter, and EMS personnel but he was a key player in the passing of the Georgia Criminal Justice reform bills and Georgia Surprise Medical bills. Above and beyond that, Brian labored to bring funding to Southern Crescent Technical College making it one of the top technical schools in Georgia and is constantly raising the bar in the fight against human trafficking.‍